Meet Our Team of Hockey Coaches 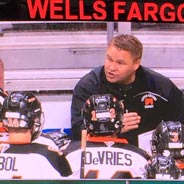 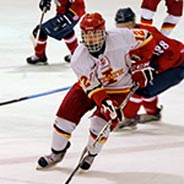 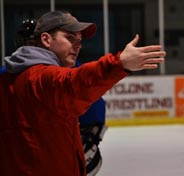 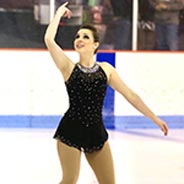 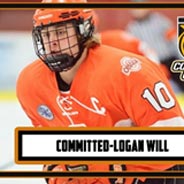 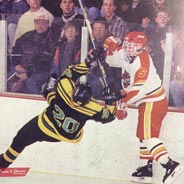 Brian Wierson is originally from Ames, Iowa, and grew up playing in the Ames Minor Hockey Association where he started as an eight year old. During his senior year of high school, he, along with five of his teammates were selected to play in the league All-Star game held in Waterloo that year. At the conclusion of his high school career, he, along with fellow AMHA alums, Fred Van Bergen & A.J. Sanders played for Team Midwest at the 1992 Chicago Showcase.

As Brian exhausted his junior playing eligibility, he continued his playing career and education at Iowa State University with Head Coach, Dr. Alan Murdoch, and the Cyclone Hockey team. The next four seasons, the Cyclones finished the ACHA National Tournament 3rd, 2nd, 2nd, 3rd, with either Penn State or Ohio University ending the run. Brian’s freshman season, the team traveled internationally over the Holiday break to Russia, visiting St. Petersburg and Moscow where they played two games in each city. Teammates on that Murdoch led trip were AMHA alums, Russ Crawford & Mike Ogbourne. Also on that trip, a young teenage player named Andrew Murdoch. Brian’s senior season at ISU saw the team host the ACHA National Tournament in Ames, at Hilton Coliseum, where they finished in 3rd place. Wierson served as an Assistant Captain his sophomore and junior years before being named Team Captain his senior season.

At the conclusion of his playing career, Brian began coaching with former teammate, Doug Borud, for the Des Moines Oak Leafs of the Iowa High School Hockey League. Since 1998, Brian has been coaching either youth, high school, or college hockey. He was the Head Coach for Team Midwest of the Chicago Showcase in 2002 & 2003 and Associate Head Coach with Dr. Murdoch and Cyclone Hockey from 2007 – 2011. The years between 2003 – 2006, Wierson worked under Head Coach, Scott Oliver in Roseau, MN and the Roseau Rams high school team. The 2005-06 season saw Roseau earn a trip to “the X” in St. Paul where they lost in the first round to eventual runner-up Grand Rapids. Oliver would return the next season and earn Roseau’s 7th State Championship. That team was loaded with future college and professional players, whom Wierson was able to work with as they were coming up. In addition to coaching in-season teams, he has experience as a Manager and Coach with International Hockey Schools (founder of the Squirt International in Fargo, ND), East Grand Forks summer camps, Cyclone Hockey summer camps, and USA Hockey select camps. In 2015, Brian established Top Shelf Hockey and has been conducting both on-ice & off-ice camps and clinics for youth players across central Iowa.

In 2015, Wierson succeeded Brendan Sheehan as the Head Coach for his high school alma mater, Little Cyclone Hockey. In his second year at the helm, the team earned enough points to qualify for the year-end Championship weekend where they were knocked out in the first round. Wierson was rewarded by his fellow Head Coaches for his and the team’s efforts by earning the MHSHL Coach of the Year in 2017.

Brian resides in Ames, IA with his wife, Annie and their children. Josie graduated from Ames High in 2017 and is also a Little Cyclone Hockey & AMHA alum and is entering her 2nd season as a youth coach with AMHA while helping with Top Shelf summer teams. She continues her work toward an undergraduate degree. Charlie will be a 2nd year Pee Wee with AMHA. Since 2011, Brian has been employed with the Ames-based Renewable Energy Group as a biodiesel and fuel sales representative. 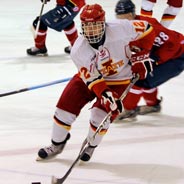 Prior to coming to Ames, Sheehan coached numerous youth teams and camps in the greater Chicago area, serving as the Naperville Sabre’s Bantam Major AA team and as the Assistant Coach for the Sabre’s Midget Minor and Major AA teams in the Central States Developmental Hockey League. Sheehan also coached Illinois High School hockey for Waubonsie Valley and Naperville North and served as an Assistant Coach for the Robert Morris University Illinois€™️ Woman’s Division 1 team.

Brendan’s accomplishments include working a variety of USA Hockey camps over the years. He served as a team leader at the USA Hockey Bantam Select Camp in Ames in 2009, 2010, and 2011, as an intern coach at the National Player Development Camps, and as an evaluator for the USA Hockey Central District.

David Elliston is orginally from Omaha, Nebraska and grew up playing travel hockey out of Omaha. Including playing for the Omaha Junior Lancers for one season and then 2 seasons playing AAA hockey for the Omaha AAA Hockey Club. David then went on to Iowa State to play 4 seasons for the Iowa State Cyclones. The last two seasons David has helped coached the AMHA Bantam teams and is a USA Hockey Level 2 Certified Coach.
Kiana Stadler is from Ames, IA where she started off on hockey skates at the age of 3. Yet, with a never-ending love for hockey, she switched to figure skating at the age of 5. Kiana has been a competitive figure skater for 16 years. Kiana skates for the University of Minnesota Duluth Figure Skating Club and is planning to graduate in December with a degree in Finance. She served as President of the UMD Figure Skating Club for 2 years, where she was able to triple the size of the team. Throughout her skating career, she has reached the highest level of figure skating within four different disciplines, making her a USFS Quadruple Gold Medalist. She has also been the lead role in multiple Ames Figure Skating Club ice show productions. Kiana has been coaching figure skating, power skating, and dryland workouts for the past 5 years. She is a rated coach through PSA. Kiana has worked individually with hockey players in the Ames area to improve their skating skills to help them gain more power without exerting as much energy. She also works with 10U and 14U AMHA players on power skating and skating skills. In Duluth, Kiana has had the opportunity to mentor with Coach Zoe Hill who worked closely with power skating coach, Lauran Stamm. Kiana’s coaching philosophy is to share her passion for the ice with anyone who encounters it, help teach valuable life lessons, and teach skaters proper technique to maximize their skills, all while having fun.
Logan Will is originally from Ames, IA and started off in the Ames Minor Hockey Association. Since 2013, however, Logan has been playing Omaha AAA with David Wilkie where he Captained the U14 and U16 teams. He was a member of an NAPHL championship and earned All-Star honors during his 16 year-old season. In 2016 & 2017 he was a participant at the USA Hockey National Select camps. In 2017, he signed a tender to the Coulee Region Chill of the NAHL. In the spring of 2017, he was selected by the Omaha Lancers of the USHL in the 15th round. During the 2017-18 season, Logan signed and committed to Colorado College of the NCHC. His anticipated enrollment at CC will be for the 2019-20 season.